That’s what I often tell people.

I’m usually the one who brings the fruit tray, the chips and salsa or the drinks to potlucks.

It’s not that I’ve never cooked anything. I’ve actually made a lot of things and even won a dessert contest when I was in college. But if anyone’s asking, I don’t really cook.

I can make pretty authentic guacamole and just about anything from a box – if that counts. Oh, and I’ve made chicken and dumplings from scratch … once. But I’m not a risk taker in the kitchen. I like simple, familiar and easy.

When I plan for a meal I gravitate toward foods that will take the least amount of effort to prepare and still be delicious. More times than not, one of these factors cancels out the other. I’ll let you guess which one.

The time has come.

But with our first baby on the way – due this August – the time has come for me to start learning some of those staple “mom” recipes – you know, so my kid can say “nobody makes it like mom.”

But where to start?

Just when I thought I’d have to take some drastic measures – like sign up for a cooking class at a local college – I was introduced to a game-changer on Liftable: Cooking With Dad.

It’s a show where highly decorated chef, and daughter, Em teaches her dad how to cook. Their interactions alone are hilarious, entertaining and so relatable.

Since becoming a fan, I’ve dusted off my 3-year old, unopened, cast iron skillet, said “goodbye” – or rather, “see you less often” – to the drive-thru lines and swiped my card at the grocery store more times than I ever have in my life. To tell you the truth, I’m actually excited about cooking!

If you are like I was, timid to step in the kitchen and always hesitant to attempt a new dish, I guarantee these episodes that made my “Top 5 List” will get you hooked and ready to step up to the plate. Pun intended!

Related:
"You Guys Are Awesome": UPS Delivery Driver's Viral Reaction To Snacks Left Out for Him by Homeowners

This holiday has only the best traditional foods including pumpkin EVERYTHING, my favorite! Plus, Dad kicks off the episode with an epic dad joke.

It’s apple pie time! And true southerners, like me, never pass up a slice of apple pie. But finding one that measures up to great granny’s homemade legend can seem impossible. Thankfully, this episode is loaded with tips on how to add that warmth and comfort that is often lacking from the modern-day apple pie recipe.

Trust me, you’ll be adding these ingredients to your grocery list before the episode is over!

My husband and I love fried chicken so much that we had it catered at our wedding rehearsal dinner – no kidding! But I must confess, I’ve never wanted to attempt homemade fried chicken. I’m not exaggerating when I say this food has long ranked as one of the most difficult things I can imagine preparing at home, until now!

Everyone loves a good competition, right? In this episode, Chef Em and Dad go head to head in a cupcake making showdown. Will Dad get away with bending the rules?

The only spoiler I’ll give is that both recipes had my mouth watering and anxious to see who the judges’ choice would be. But you’ll have to stick around for Part 2 to find out!

5. Let’s Talk About Our Fillings

Ah, fair food. There’s always so many levels of texture and flavors in fair food. But the fair only comes around once a year. That, my friend, is quite un-fair!

In this episode, Chef Em and Dad show us how to make pop tarts, or hand pies as they call them, from scratch. (I’m sure by now, you can tell that I tend to favor sweeter recipes.)

I always have room for dessert, and you will too after watching this episode! 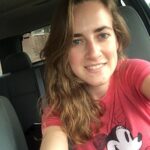