We all stood shoulder to shoulder, packed together around the majestically large Christmas tree. The countdown began at 10, the anticipation and excitement building as we moved closer to 1. After a small pause, the bright light forced out the darkness. Cheers and applause roared through the crowd as we beheld the beauty of the glorious tree.

The Christmas magic grew as snowflakes began to softly fall to the ground, landing on every head and in my cup of hot chocolate. It was truly a perfect moment right out of a Hallmark Christmas movie.

We have probably all had moments that reminded us of the beautifully written storylines and cozy small towns of the Hallmark movies. We want these moments to last forever. We want these stories and towns to be ours. We get lost in the idyllic lives of fictional characters, and then we wonder why ours can’t be the same way.

Movies are so easy to get lost in. Vicariously living through the characters, especially in movies existing in our world, is fun and exciting. It gives us a taste of the life we desire and provides an escape from our troubles.

Hallmark movies usually portray a perfect life, and it can become easy to idealize the characters as all of their troubles seem to disappear by the end of the movie.

But idealizing a life that is not ours is not always good for us.

When we spend time living vicariously through fictional characters, we tend to lose sight of our reality and specifically why we are on this earth.

Esther, a Jewish woman in the Bible who becomes queen of Persa while her people are under Persian rule, probably wished that her life was different. Her people had been in exile, ruled by those who did not follow God.

She kept her Jewish heritage a secret when she was chosen to marry King Xerxes, but once Esther became queen, she discovered a plot to wipe out her people. Esther knew she needed to reveal her identity and plead for the lives of the Jews.

Before risking her life by breaking the law and going before the king without being summoned, Esther’s uncle Mordecai said to her, “If you keep silent at this time, relief and deliverance will rise for the Jews from another place, but you and your father’s house will perish. And who knows whether you have not come to the kingdom for such a time as this?” (Esther 4:14, ESV).

Maybe you are here for such a time as this. Maybe your troubles and your hardships are leading to a moment when the Lord will use you to do something incredible.

Wishing your life was a Hallmark movie is easy and fun, but it can distract you from what is really happening around you.

I love Hallmark movies just as much as anyone else, and I think they are incredible entertainment, but I caution you to not idealize fiction and wish for a perfect life.

In this world, many things will leave us feeling discontent with the life we have, but in Christ, we can find perfect contentment.

Live in the reality God has placed you in and remember that perhaps you were placed here for such a time as this. 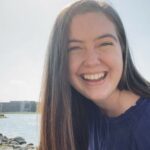