The death of Queen Elizabeth II has brought a justifiable outpouring of grief and respect from leaders and ordinary people in the United Kingdom and around the world. A woman who combined personal warmth with dignity and the increasingly rare and highly valuable quality of self-restraint, her character was steadfast and gracious.

The queen was a great friend to our own country. She understood the sacrifices of hundreds of thousands of young Americans who fell defending not only their own country’s liberty but hers, as well. This loyal affection was shown movingly when she “authorized the (American) national anthem to be played on September 12, 2001 during the Changing of the Guard at Buckingham Palace out of respect for those who lost their lives and in solidarity with the United States.”

During a memorial service for those lost on 9/11 that was held in London’s St. Paul’s Cathedral, “when ‘The Star Spangled Banner’ was played in the cathedral, she joined in (the singing) and was later seen wiping a tear from her eye.”

What must not be forgotten in the many tributes to the late queen is her faith in Christ. In her 2000 Christmas broadcast, for example, she said of Jesus, “In his early thirties, He was arrested, tortured and crucified with two criminals. His death might have been the end of the story, but then came the resurrection and with it the foundation of the Christian faith.”

Take note: this was no weak espousal of Jesus as a nice man who said good things. The queen stated quite clearly her belief in the bodily resurrection of Jesus. This was brave, moving, and noble. 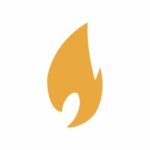