Would you be of the belief that decades of moral and spiritual decay have left our foundations crumbling? Our families are in disarray and our homes are broken, and we continue to lose ground at an alarming rate.

We hear many claims that Christianity and the Church are the answer, but I submit to you that these are not the same entities that they once were.

We are calling it Christianity, but it is really no different than what many call being a good person or claiming a belief in a higher power.

Today’s so-called Christians are just trying to fix things the way today’s conservative secularists would, and it’s not going to work — it’s like trying to fit a square peg into a round hole.

And the Church for years has been substituting other things — good things — for what it should really be about. Yes, we need to look out for social issues, injustices, and feeding the hungry but not at the expense of the Church’s primary mandate — making disciples.

If the Church and Christianity want to truly make a difference in rebuilding our crumbling foundations, the only answer is true spiritual transformation — starting with the individual and the family.

Are fathers being the spiritual leaders that they should be? Are children being discipled in the home? Until these basic commandments from Scripture are being heeded, our nation will continue to wallow in mediocrity and moral relativism. This has already gone on for more than 2 generations. Must it continue?

We are so lost already, I equate it to trying to mow an overgrown, weed-infested pasture, with a simple, antiquated manual lawn mower. Its only power is supplied by its pusher causing the blades to spin. Sounds impossible, doesn’t it?

But if we’ll quit trying to fix things the same way as everyone else, just dressed up in its Sunday best and being called Christianity, we’ll never make any progress.

We need true power behind our lawn mowers — the kind that only comes from being plugged into the Power Source, and this means generations of true disciples, passing down their faith from one generation to the next, and standing for that faith in the workplace, schools and government.

With true character and moral values, we can turn this thing around, based on the wisdom of Scripture. It calls for equipped and responsible parents again, in the home, being intentional about their faith and imparting it to their children. That’s the kind of ethic that made us the greatest nation in the world, and that’s what it’s going to take to make us truly great.

We have seen this nation when we genuinely invested in its people and family. I have seen how it filters out into our children’s lives and filters down to the next generation. I have seen how it sharpens a child’s identity, focuses a business leader, and shapes a nation. We must repair the tear in the fabric first.

I am optimistic that we will succeed. I’m reminded of a verse in the book of Judges 2:10, ESV, “And there arose another generation after them who did not know the Lord or the work he had done for Israel.” This shows that we’ve been there before, but He, in and through us, turned it around, and I believe we can do it again.

With the right resources, such as my new book “Do Your Children Believe?” and the right commitment from parents, I know it can happen. Let’s work together to lead the revival of our nation, one family and one household at a time.

Related:
Apologist Details Proof For the Virgin Birth: "Put Your Faith and Trust in the Evidence"

Can we count you in?

This article appeared originally on victoriousfamily.org. 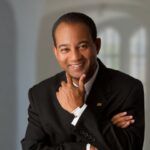