When 56-year-old Maureen Martin of Lewisham, London decided to run for mayor of her borough, she never imagined it would cost her job.

Christian Concern reports, Maureen “has launched legal action after being sacked by her employer for expressing Christian beliefs on marriage as part of an election manifesto.”

“The ramifications of this case cannot be overstated. Free speech is being attacked and eroded by cancel culture rapidly in the UK and around the world.”

Maureen Martin shares the story of how she was sacked for expressing Christian beliefs.https://t.co/hYwHBHjcJT

Martin worked for L&Q for thirteen years, reportedly with an unblemished record and positive relationships with all clients and colleagues.

Miss Martin, an ordained minister and president of CPA, the Christian People’s Alliance, made no secret of her faith. However, when she created her manifesto, which outlines her position on a number of relevant topics, Martin included this statement on marriage:

“Marriage: I pledge to cut through political correctness and simply state the truth that natural marriage between a man and a woman is the fundamental building block for a successful society, and the safest environment for raising children.”

These words were taken from the CPA election manifesto but when they became publicly associated with Martin’s campaign, she allegedly faced accusations of “hate speech” and “broke the law” comments on Twitter.

In April, Martin alleges she was summoned to a meeting with HR and subjected to information on at least three complaints related to concerns about her views on marriage and assertions that someone who is “anti-Lgbtq” should not be employed by L&Q.

The Christian Concern reports further that, “In an investigation meeting the following day, Miss Martin was told that her tweets and her manifesto were ‘homophobic, had breached L&Q’s social media policy and had potentially brought the company into disrepute.'”

Martin allegedly defended herself that she had not posted her manifesto on Twitter and had not identified herself as an employee of L&Q.

She asserts that someone else posted the leaflet and that those interrogating her stated that “putting her photo on the leaflet easily linked her views to her employer, despite L&Q not being mentioned in the manifesto or on her Twitter account.”

Martin was also allegedly queried about statements she made regarding transgendered men competing in women’s sports.

According to Martin and Christian Concern, the outcome of the investigation was her dismissal for “gross misconduct.”

Related:
2,700-Year-Old Papyrus with Biblical Name Written on It Returned to Israel

Christian Concern writes, “In the dismissal letter from L&Q’s Director of Strategy and Planning, it said Miss Martin’s tweets and beliefs could be: ‘perceived to be discriminatory, hurtful and offensive views towards members of the LGBTQ+ community, non-traditional families, and abortion.'”

Losing her income has had a devastating effect on Martin as she lives with and cares for an elderly parent. She has now taken legal action against L&Q “on the grounds of discrimination, harassment, indirect discrimination, and unfair dismissal.”

Martin is determined to stand firm for her rights. She speaks for herself on a YouTube interview saying,  “Why would I apologise for my Christian values? It would be the same as Daniel deciding to obey the edicts.

“My statement was not discriminatory, it was a statement that reflects my Christian values and I’ll say it again. I’ll definitely say that again.” 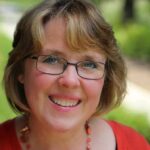