A little over a year ago my husband and I felt like God was calling us to take a the step of faith and launch a full-time evangelistic ministry. It was a big leap, but we knew that God would provide for our family of 5.

The moment we took that step, the provision came, but so did the trials! We found ourselves in the middle of some huge storms: emotionally, physically, financially, and mentally.

Looking back, it was like there was a target so clearly on our backs. We have learned to call it for what it is: spiritual warfare.

Ephesians 6:12, ESV, says, “For we do not wrestle against flesh and blood, but against the rulers, against the authorities, against the cosmic powers over this present darkness, against the spiritual forces of evil in the heavenly places.”

Right before Jesus launched his ministry, the devil came and tried to trick him. But Jesus fought back with the truth… He was armed with the Word of God. (Matthew 4:1-11)

Our enemy does the same thing with us, when we are close to the mark of what Jesus has for our loves, he will do whatever he can to distract and disrupt us.

It’s important to recognize what spiritual warfare looks like and know that it is not happening because we did something wrong. In fact, often the warfare happens when we do something right!

We can fight by prayer, and by proclaiming the truth written in the Bible about who we are in Christ and what Jesus has already already accomplished. We may face many battles, but the war has been won!

John 16:33, ESV, says, “I have said these things to you, that in me you may have peace. In the world you will have tribulation. But take heart; I have overcome the world.”

Jesus said there will be trials, and the closer we get to him the harder it may get. But we have a deep peace knowing we abide in Jesus.

Remember this the next time you get close to what God has for you and the warfare gets intense: No matter how much shade the enemy tries to throw at us, it cannot overshadow even the smallest glories of God! 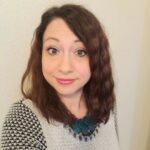