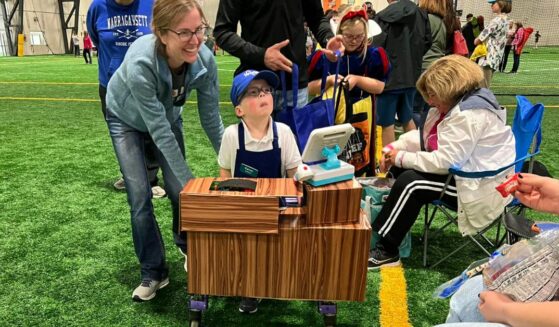 If you are pregnant, just had a baby, or are contemplating the notion of possibly maybe one day having a child, there are many things that won’t cross your mind until you’re up at 3am on day one of motherhood searching Google with keywords “Is ______ normal after childbirth?”

If you think pregnancy is weird and crazy (which it is), you have no idea what’s coming for you after that sweet child of yours is ejected from your body. I thought I’d  be kind enough to fill you in so that you aren’t surprised about the nitty gritty and oh-so-surprising details of post-partum life. Woo hoo! Let’s get started.

1. The modesty. Or lack thereof. One of the things I’m most thankful for and also quite intrigued with is the sudden loss of self-consciousness after having a child. I’m not saying I get dressed in front of a window, but when you have several strangers looking at your special parts and telling you “Wow, your baby has a lot of hair” moments before you push her out, you begin to let go of your old need for privacy.

2. The tearing. Before I had my daughter, I read online about the possibility of tearing or getting an episiotomy. It seemed more like an “oops, let’s maybe put a stitch or two down there” kind of thing. I didn’t think I’d get torn in half. Sorry, it happens.

3. The gas. As you are being stitched up you may or may not fart in someone’s face. Remember the pregnancy farts that kind of slipped out when you sneezed, peed, or just stood still? Those won’t go away for a while, but who cares? You made a baby.

4. The milk. For some reason I had this notion that every mother would start leaking booby juice days before delivery, their baby would latch on immediately after birth, and milk would be there. Milk can take up to three to four days to come in, and it doesn’t mean you won’t be able to breastfeed or that there is something wrong with you.

5. The leaking. If you do choose to breastfeed, know that once your milk comes in … it really comes IN! It takes your body a while to regulate how much milk your baby needs to consume, so don’t be alarmed that you will be plagued indefinitely with wet shirts and bed sheets.

6. The sagging. Remember those perky preggo boobs? Remember what a balloon looks like after the air is deflated? I’m not saying you’ll never have bouncy girlies again, but I promise you they will most likely never be the same without a lot of effort or a lot of dollar signs.

7. The bleeding. It does take a while to stop bleeding after birth, but how long it lasts varies from woman to woman. Just when you think it’s over, it may start up again. Keep those mesh panties from the hospital and a stock of maximum absorbent pads because you’re in for the long haul.

8. The sweating. I remember glossing over a comment in a mommy article about post-partum sweating. What happens is you retain a lot of water during your last few months of pregnancy. After giving birth, that water decides to gush all over you, your husband, and your baby while you sleep at night.

9. The hunger. If I could give you ONE piece of postpartum advice it would be to tell your friends to drop off food. Lots and lots of food. Also tell them to leave it at the door and go away because you won’t feel up to having company. If you think your appetite goes away after pregnancy, you have no idea about the “fourth trimester” cravings.

10. The phantom kicks. This was one of the weirdest things to me. Your uterus is still shrinking and sometimes you’ll feel a pinch or a spasm. After getting used to your baby’s kicks in utero, don’t be surprised if you catch yourself thinking “Oh, that’s the baby … oh, no it’s not. I’m not pregnant. Am I?!”

11. The phantom crying. Whenever I got a moment to myself when my newborn was sleeping, I would go to the bathroom unrushed, try to get a shower in, or take a nap in the other room until I heard her crying. I would sigh and go to check on her only to realize that she was still sound asleep.

12. The scents. I was told about the heavenly smell of baby’s breath, but oh em gee if I could bottle up the sweet smell of newborn skin and hair.

Related:
6 Tips for Surviving the Holidays - They Just Might Save Your Life

13. The worry. Why is everything so scary after having a child?! No one told me that it will take a while to sleep soundly or have rational thoughts again. The innocence of your baby coupled with the craziness of this world is a recipe for mental disaster.

14. The guilt. I remember sitting at home alone with our little girl who was a few days old at the time while my husband was at work and she cried for hours. One of the thoughts I had was “I am not prepared for this. This was a huge mistake.” Adjusting to parenthood takes time and you will not master it in a matter of days. And you will feel guilty for not taking snapchat selfies with your precious newborn while wearing flower crowns on your heads.

15. The crazy. Read numbers 1 through 14 and add hormones. The level of hormones you had during pregnancy that made you feel like you were floating over a field of lavenders has now crashed to the point of feeling less than human and ready to join another family.

16. The shaming. I never knew what “mom shaming” was before giving birth, but it only took a few days to join “the club.” I had just learned what swaddling was and I was already being questioned about my choice to breastfeed, how long I held my daughter, why I wasn’t taking her out, why I wasn’t keeping her at home, and why she didn’t always have pants on. Isn’t it fun?

17. The mama bear. Have you heard of her? You’re going to become one and it is exhilarating and empowering. Things you were too afraid to say because you wanted to please everyone will come out before you even think about them. People who offer unsolicited rude comments will be put in their place. This is your family and you will go to any length to protect them.

18. The daddy. While you’re busy being out of your mind, your partner may be on cloud nine. In the hospital just hours after our daughter was born, my husband could have won the “Number 1 Dad” award and he still has a way with calming her down and bonding with her like no one else. It was hard not to be jealous of his skill (and the fact that there’s no such thing as dad shaming), but I have really learned to appreciate him for it.

19. The clothing. You never thought you would be one to live in yoga pants, but honey they are the new “mom jeans” and they are all the rage. Even if you swear to get back down to pre-pregnancy size in two months, don’t fret if it doesn’t happen. You took nine months to gain the weight, so give yourself at least that much time to lose it. In the meantime, get some new clothes that make you feel pretty. I’m down with any excuse to go shopping.

20. The shedding. This happens four to five months after giving birth, but it is much a part of post-partum life. I remember texting a mommy friend, and after she asked “How are you doing?” I replied “Oh, just losing my hair and going bald. Other than that, everything is great.” The shedding lasts for a month or two and then usually all of that hair grows back.

21. The amnesia. The moments after I pushed my baby girl into the world, I remember thinking “I am never doing this again.” Now that my hair has all grown back, my two year old is climbing on all of our furniture, and she is starting to say “Mommy, I love you” I think I am forgetting about the pain, the crazy, and I am closer to saying “I cannot wait to do this again.”

This article appeared originally on momsandstories.com. 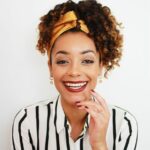