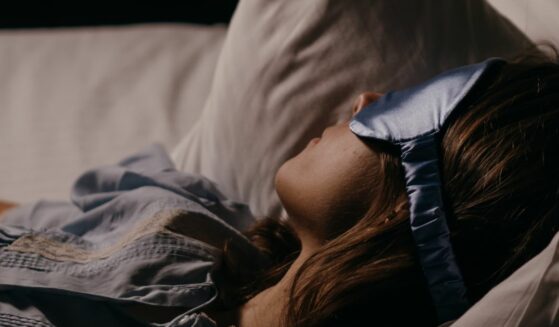 The world of dating has changed dramatically over the past decade as more and more people have made the shift to online dating. There are plenty of perks to being able to cast a wider net through the online services that have become so popular, but with that comes danger — both old and new.

One young woman from the Bronx, New York, had been talking to a man online for several months when they decided to meet up in person.

Things did not go well. The 32-year-old man held the 24-year-old woman hostage in her own home and sexually assaulted her, taking her phone from her and cutting her off from the outside world.

Early Sunday morning at 5 a.m., after hours of holding her hostage, he did allow her to have her phone to order food: That was his final mistake and the young woman’s opportunity. She took it.

She placed an order for a breakfast sandwich and a burger at Chipper Truck Café in Yonkers through GrubHub. Using the note feature, she typed a hasty, urgent plea.

“[P]lease call the police his going to call me when u delivered come with the cones please don’t make it obvious,” the note read, according to a post by the restaurant.

A 24-year-old woman used Grubhub to contact police while she was allegedly being held hostage in the Bronx over the weekend, according to a criminal complaint. https://t.co/cGF201l3ci

Despite the typos, the request was clear, and when employees at the Chipper Truck Café spotted it, they immediately called the manager.

“They’d seen the note on the order, and they called my husband, saying ‘what should we do,’ and he was like, ‘call the police, can’t take any risks, better be safe than sorry,'” the manager’s wife, Alice Bermejo, who co-owns the business with her husband, told WABC-TV.

“She was basically saying … to bring the police with the delivery.”

A short while later, there was a knock at the door. Thinking it was the food delivery, the man went to open the door — and came face-to-face with the police.

“This morning around 5 am a girl was saved from a 5-hour hostage situation,” the Chipper Truck Café – Yonkers posted on their Facebook page on Sunday.

“She ordered a delivery through Grubhub to our restaurant and added this note. Our staff responded immediately and called the police and she got saved.

“I’ve often heard of this happening but never thought it would happen to us. Thankfully we were open and able to help her.

“A big Thank you to the Police for their fast response.”

The man was identified as Kemoy Royal, and he faces many charges, including rape, strangulation, criminal sex act, sexual abuse and unlawful imprisonment.

He was also connected to a different attempted sexual assault from earlier that week and received additional charges for that incident, according to WABC.

The hero managers and staff at the restaurant didn’t even know how things had transpired until a friend of the victim called them to let them know they’d saved her.

“They called to thank us and just to be like, ‘thank you so much for helping my friend and just, you know making sure that she was fine,'” Alicia Bermejo, Alice’s daughter, told the news outlet. “We really had no idea of the gravity of the situation until after everything had happened.”

“I can’t even imagine,” Alice added. “I hope someday that we get to meet her.”