I read an article recently from The Atlantic called “Masters of Love” that discusses how after years of research and study, scientists are declaring that the key to lasting relationships comes down to kindness and generosity.

It’s a fascinating bit of research and insight into how it is often the things below the surface, not things like money or personality differences that will ultimately kill a relationship.

While it’s easy to say, “Be generous and kind? That doesn’t sound very hard,” in reality it is far more complicated than that.

In the studies referenced in the article, one of the major indicators of dysfunction was the couple’s body language, essentially the physiological responses their bodies would make when they were near each other or speaking to one another.

The couples who displayed dysfunction were often in “Fight or Flight” mode when near their partner, essentially waiting to be attacked or waiting to attack.

Heart rates were higher and they were more aggressive, which often led to more vindictive or passive-aggressive behavior or speech patterns. The healthy couples on the other hand, showed low physiological responses.

They were calm and there was an attitude and climate of trust and intimacy, which translated into each being more emotionally and physically comfortable with one another.

The study found certain indicators that all of the healthy couples would display that would not be found in the dysfunctional ones.

One of the indicators they found was that healthy couples would scan the environment for things they could appreciate and say thanks for, while also scanning their partner and finding things to appreciate.

The unhealthy couples were constantly looking for mistakes to criticize, instead of things to celebrate. Dysfunctional couples would focus on the things that were lacking instead of what was being done right.

Another thing healthy couples would do is express their anger or frustration in more positive ways.

When they felt hurt, they would explain why they felt hurt and look for ways to be kind while focusing on the problem, not the person. This was because the healthy couples would be generous about the others intentions.

Even when one hurt the other, they rarely would assume it was done out of contempt, but instead because of absentmindedness, miscommunication, or misunderstanding.

Basically, when one person hurt the other, the offended party wouldn’t assume it was done deliberately.

One of the last things that healthy couples would do is that they would share joy with one another. Being able to connect over the other’s good news was a major indicator of emotional health and intimacy.

Responding to someone else’s good news with disinterest or passive aggressiveness would almost always create a hurt or an emotional disconnect.

As someone in a fairly new relationship, I’ve really been trying to practice these types of things and be intentional about my kindness and generosity.

This relationship I’m in right now has had hurdles to overcome, as every relationship does, but from the very beginning we have strived to be as honest and intentional as we could be with one another.

There have been moments of hurt, but neither of us has ever thought the other did anything with intention or contempt.

There have been honest discussions that have at times been painful, but they always came from a place of kindness and honesty. And because of this, throughout this relationship I have felt safer than I have in previous ones.

If this sounds like a lot of work, it is. Relationships will always require work and sacrifice. That is what makes them significant.

While the ideas of the article are incredibly helpful to romantic or even friendship relationships, I couldn’t help but think of its points from a spiritual perspective.

In the times where my relationship with God has been testy, or at worst, practically nonexistent, it has been because of me, not Him.

Instead of looking for the ways He was caring for me, or bidding me to come back to Him, I was doing the opposite: looking for evidence to solidify my negative feelings, which would lead me to see things that weren’t really there.

Instead of seeing all of the good things He was doing for me and responding to them with love and appreciation, I was seeing what He was not doing and taking it as a personal offense.

There have been times in my life where God has been more of my enemy than my friend in my mind. I saw Him as a threat to my happiness, a destroyer of good things, someone who took away far more than He gave.

This attitude was always a reflection of me, not God.

It’s one thing to practice kindness and generosity with our romantic partners, but it is another to practice those things with God. To trust His intentions and actions, even if it may hurt us for a moment; it is always for the best.

God never stops loving, and if we aren’t feeling His love, it’s probably because we aren’t willing to receive it, or we’re too busy trying to pick a fight to notice it.

The key to lasting relationships is kindness and generosity, be it romantic, platonic, or spiritual. God has never stopped being kind or generous with us, and we should strive every day to take Him at His Word and return the favor. 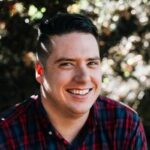