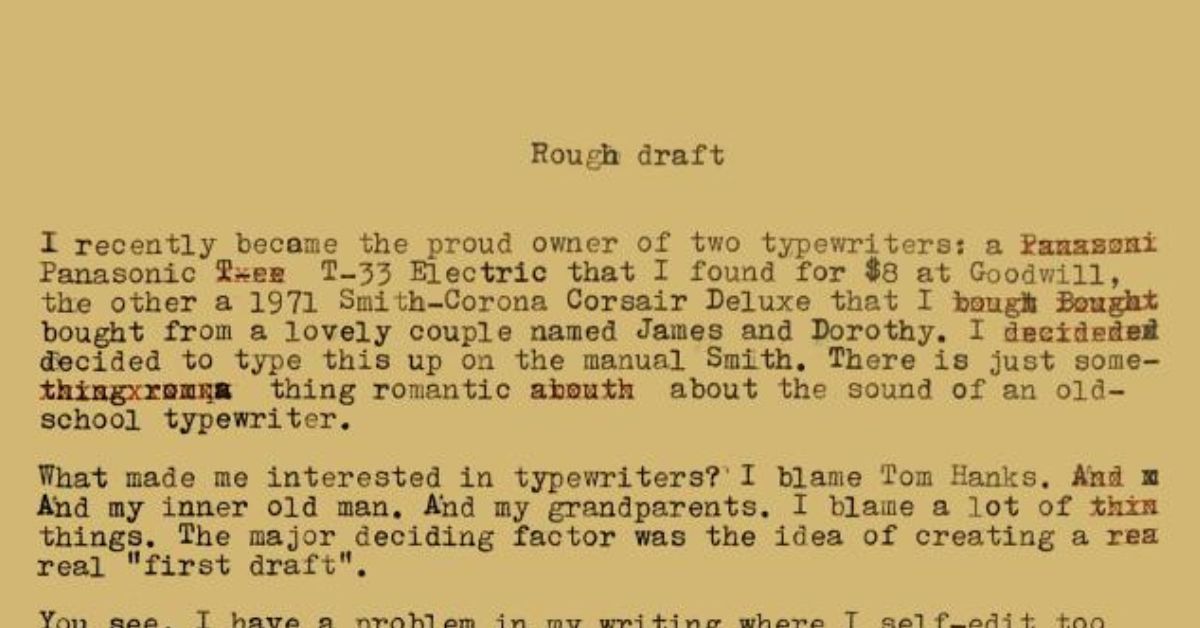 I recently became the proud owner of two typewriters: a Panasonic T_33 Electric that I found for $8 at Goodwill, the other a 1971 Smith_Corona Corsair Deluxe that I bought from a lovely couple named James and Dorothy. I decided to type this up on the manual Smith. There is just some thing romantic about the sound of an old-school typewriter.

What made me interested in typewriters? I blame Tom Hanks. And my inner old man. And my grandparents. I blame a lot of things. The major deciding factor was the idea of creating a real “first draft”. 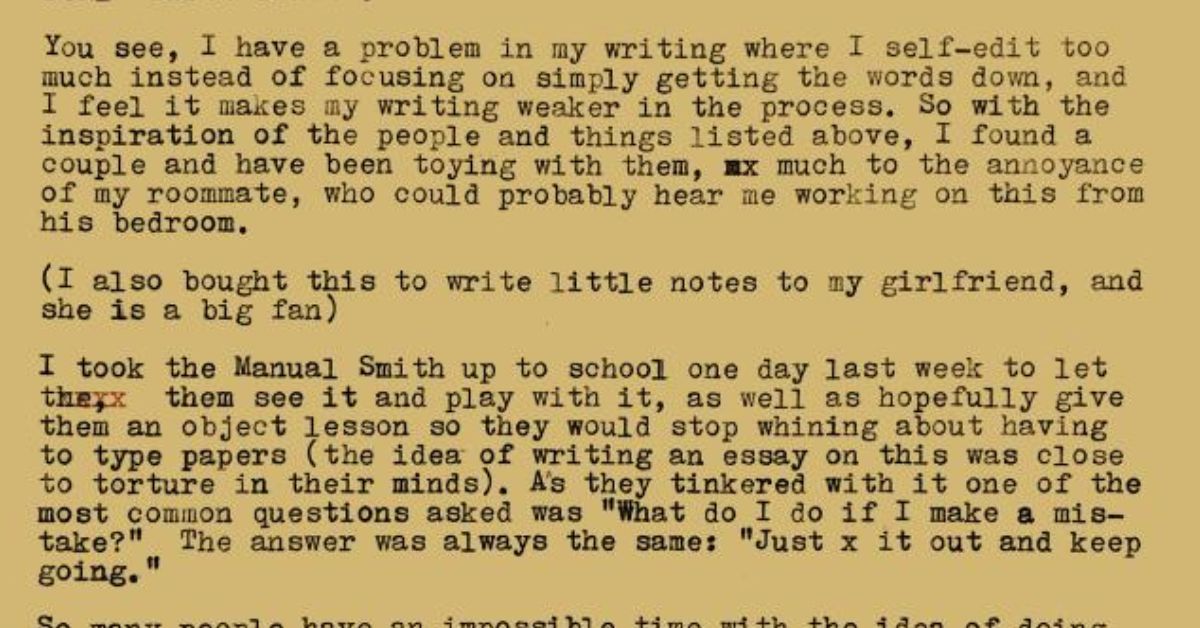 You see, I have a problem in my writing where I self-edit too much instead of focusing on simply getting the words down, and I feel it makes my writing weaker in the process. So with the inspiration of the people and things listed above, I found a couple and have been toying with them, much to the annoyance of my roommate, who could probably hear me working on this from his bedroom.

(I also bought this to write little notes to my girlfriend, and she is a big fan)

I took the Manual Smith up to school one day last week to let them see it and play with it, as well as hopefully give them an object lesson so they would stop whining about having to type papers (the idea of writing an essay on this was close to torture in their minds). As they tinkered with it one of the most common questions asked was “What do I do if I make a mistake?” The answer was always the same: “Just x it out and keep going.” 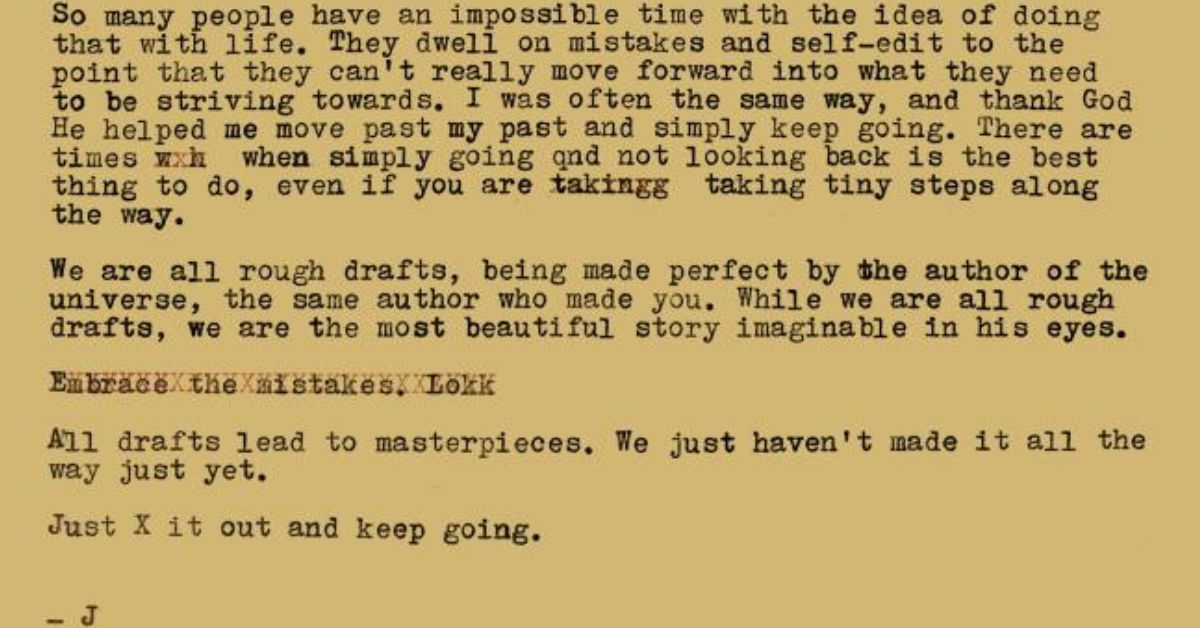 So many people have an impossible time with the idea of doing that with life. They dwell on mistakes and self-edit to the point that they can’t really move forward into what they need to be striving towards. I was often the same way, and thank God He helped me move past my past and simply keep going. There are times when simply going qnd not looking back is the best thing to do, even if you are taking tiny steps along the way.

All drafts lead to masterpieces. We just haven’t made it all the way just yet.

Just X it out and keep going.