All That is In the World

The word “world” is used in different contexts in the Scriptures: the physical created world (Acts 17:24), the inhabitants of the world (John 1:10), and the ways that are contrary to the Lord (1 Corinthians 1:20) according to Bible dictionaries.

Abstaining From the World

In 1 John 2, the Apostle commands us, “Do not love the world or the things in the world,” (1 John 2:15, ESV). Do you remember the prophet Daniel? Though a Jew living as a captive in Babylon (a foreign land!), he resolved to commit himself to the Lord and away from the way of the ruler of the land.

In Daniel 1:8, ESV, we read this, “But Daniel resolved that he would not defile himself with the king’s food, or with the wine that he drank. Therefore he asked the chief of the eunuchs to allow him not to defile himself.”

The Christian in the World

Do you blend in with the crowds that despise Christ? Is there a distinct flavor of your life from that of an unbeliever?

Thomas Brooks said this, “The two poles could sooner meet, than the love of Christ and the love of the world.” May we, as Jesus commanded, be in the world but not of the world — for friendship with the world is enmity with God.

The Christian must see himself as living in the world as one who lives in an inn. We are not residents, but aliens; passing through with our belongings, ready to checkout, and joyful to be bound for our home.

Charles Spurgeon wrote it well, “The Christian is the most contented man in the world, but he is the least contented with the world. He is like a traveler in an inn, perfectly satisfied with the inn and its accommodation, considering it as an inn, but putting quite out of all consideration the idea of making it his home.”

May God spurn our hearts to love not the world, but to be enthralled with our Lord. 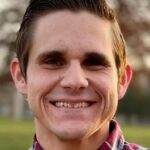